Liz Page raised 5 pumpkins that even Cinderella would have been glad to have changed into a coach for her debut at the ball.

The biggest one weighed in at 84 lbs which great grandson Gunner Patton captured a photo with. Two of the pumpkins weighed in at 34 lbs. with the 4th one weighing 27.2 lbs and the smallest, if you could call it small, weighed in at 22 lbs.

Rumor has it that Liz is going to be baking a few pumpkin pies for awhile.

Gavin’s first two days were virtual with this past Monday being his actual first day of school. He was so excited to get to have physical education three days a week. One of the best parts of his day was riding the school bus to his day care after school. There’s always something about a school bus kids love.

This week people were taken by surprise as they heard the continuous bombs explode one after another from the Ammunition Plant in McAlester. After investigating the situation it was determined that the explosions were caused by the flames of the many candles on Terry Bacon’s birthday cake.

Anniversary congratulations go out to Reesa and Aaron Tatum as they celebrated their 7th anniversary this week.

We want to remind everyone that our Sunday School services will start back on Sunday, October 18th.

We also want to encourage everyone to participate by praying for the “March on Washington” which will be hosted by Franklin Graham. It is to be a day of prayer for our nation set for September 26th.

Please keep Jess Youngblood and Corkie Smith in your thoughts and prayers as they deal with medical issues.

Please keep the Raney family in your thoughts and prayers as Dub Raney passed away this week. 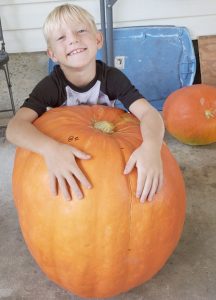 GUNNER PATTON–Poses with a 84 lb pumpkin by his great grandma Liz Page.

They Are Out To Get Me

That Is Not Hers 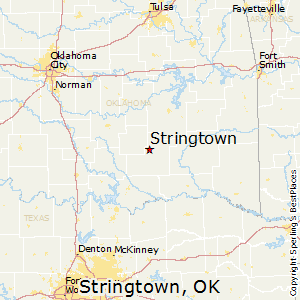